Van Halen recorded at a rapid rate early in their career. The first two albums were impressive, yet had little variety apart from heavy hard rock. Although the band had made themselves a big name on the rock circuit, they desired to branch out a little further than before.

Van Halen were becoming superstars by the time of Women and Children First.

Recorded in late 1979 and early 1980, and released in the latter year, Women and Children First is a thorough demonstration of what Van Halen could achieve with a slightly more experimental edge. It differs from later efforts by Van Halen as they retained their musical quality in doing so.

The first track on this album is “…And The Cradle Will Rock”. It features the first song driven by a keyboard, although it is not entirely noticeable. Eddie at the time was experimenting with new sounds and decided to plug in a Wurlitzer into his Marshall Amplifier. After spending some time jamming on it with Alex, they completed the song, a masterpiece in sonic experimentation and having a heavy distorted sound to make the traditional Van Halen fan approve of the song.

Eddie the innovator was certainly moving forward more and more so musically. 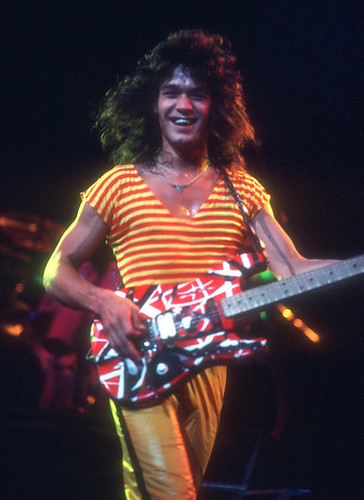 The next song is an ode to sexual desire, “Everybody Wants Some!!” The track itself begins with the hilarious, “You can’t be romantic on a subway line, conductor don’t like it, says you are wasting your time”.

David Lee Roth is in full swing on this album.

The next song, “Fools” begins with a blues style break and enters a jam style piece. Admittedly this song is not as strong as others, yet it still has the trademark Van Halen sound that fans had got to know by now. It took a while for the band to get this song right for the recorded version.

Coming after that is an interesting piece “Romeo Delight”. This song is one of the most underrated and memorable works of early Van Halen. With its centrepiece line, “Taking the Whiskey to the party tonight and I’m looking for somebody to squeeze” followed by an interesting midsection, before returning to the main part of the song, is thrilling and interesting all the same.

A quick instrumental named “Tora! Tora!” leading into “Loss of Control” leads a more unusual direction for Van Halen. Indeed, Eddie is quoted as comparing Women and Children First to the next album, Fair Warning, commenting he thinks that, contrary to popular opinion, that Women and Children First is the “weird” album, as opposed to Fair Warning. These two tracks give powerful reasoning for the defence of Eddie Van Halen.

Live and in the studio at this point, Van Halen sounded as though they were on an unbeatable mission.

The next three songs, “Take Your Whiskey Home”, “Could This Be Magic?” and “In A Simple Rhyme” indicate a more mellow, acoustic direction for Van Halen. Understandably this was not going to happen live on stage, All three are amusing, rough and ready tales of lust that don’t fail to disappoint.

Van Halen were seriously noticeable on the rock circuit by this album, a reputation that they still hold to this day. 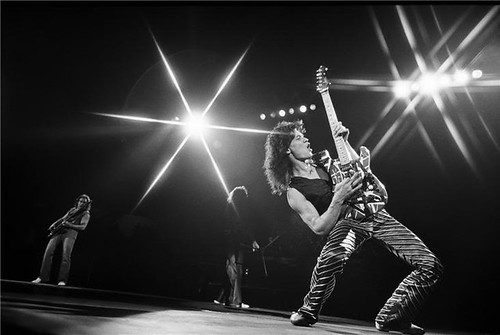 The last hidden track, nicknamed “Growth” was intended to be a pastiche leading into the next album, the idea never fully realised over time.

All in all, Women and Children First stands tall. It is an interesting, consistent album that does not disappoint. After the release of this album, all four members of Van Halen were confirmed as rock stars for the new generation, and the light shined on Eddie to create more new and wonderful music. A good effort overall.

Van Halen had arrived in the 1980s and were not looking back.

1 thought on “Women and Children First”