Due to some of the limitations of Eddie Van Halen’s Ernie Ball Music Man EVH Model and the contract ending with Ernie Ball, Eddie decided to pursue Peavey further in his ultimate quest for the perfect sound and tone.

In 1995 Eddie Van Halen and Hartley Peavey worked together placing the finishing touches on a brand new line of guitars for Edward and the result was both unique and amazing simultaneously. The guitar itself was made commercially available in 1996, along with a licenced production of Peavey EVH Wolfgang guitar strings as well. The name was the same name as Eddie’s son Wolfgang Van Halen.

Eddie Van Halen was eager to move on with guitar design and refinement.

This new guitar was similar in some respects to the previous guitar that Eddie Van Halen had used, yet there were some subtle differences that had made this guitar more unique than the previous one that Eddie had used.

The basic idea of the design was almost identical to the Ernie Ball guitars that Ed had used for some time. Basswood was used for the body, with maple used for the neck and for the body design, a licensed Floyd Rose tremolo and two custom designed and wound EVH/Peavey humbucking pickups, as well as Schaller M6 mini tuners.

Some of the design differences in comparison to the previous Ernie Ball guitars were the addition of maple top and a unique three-way switch placed at the top of the body which was reversed in comparison to regular three way switches typically placed at the same position. Additionally the new Peavey line-up also included, for the first time, a D-Tuner added to the Floyd Rose tremolo system which was not included on the previous line of guitars. A tone adjuster with knob was also added, along with a new uniquely shaped headstock.

In a sadly ironic way Eddie Van Halen endorsed and played the Peavey Wolfgang throughout the worst period of his musical career.

The first commercially produced Peavey guitars that were created in 1996 were limited only to the Peavey Wolfgang Standard, which came in six different finishes. The quality of these guitars varied widely due to the difference in quality of the flame maple tops, which later was changed to curly maple tops in a way of remedying the problem of quality of sound output.

The Peavey Wolfgang guitar is an underrated lost piece of history.

Eddie himself primarily played during this time a Wolfgang Standard with a Tobacco Sunburst style finish. He did play this through both Van Halen tours respectively after production commenced, yet apparently destroyed this guitar on the last show of the 2004 tour.

All Peavey Wolfgang guitars came with a special handbook with a personal statement from Eddie himself about this unique brand of guitar, along with tips for care. Below are some stats of the Peavey Wolfgang:

In a strangely repressed way and under huge pressure, Eddie Van Halen’s Peavey Wolfgang was one of the most forward thinking designs of guitar yet.

Although Ed ended his contract with Peavey in 2004, if you are seeking this guitar, be sure to look at eBay for various models of this guitar, although it can be rather pricey to purchase a second hand one. Sadly this guitar was strictly produced by Peavey and there are no other real alternatives to finding a guitar quite like it. Once Eddie ceased relations with Peavey, he took his ideas elsewhere and left Peavey with little memory of his involvement with them and Peavey now only produce the 5150 amplifiers (now branded as the 6505 amplifier range) and the guitar strings he used to use. Regardless of this, this guitar is part of the history of the Brown Sound and if you have one today, you are very lucky indeed.

Eddie named the guitar after his son Wolfgang. This clearly meant that the Peavey Wolfgang indeed was special to Eddie Van Halen at the time. 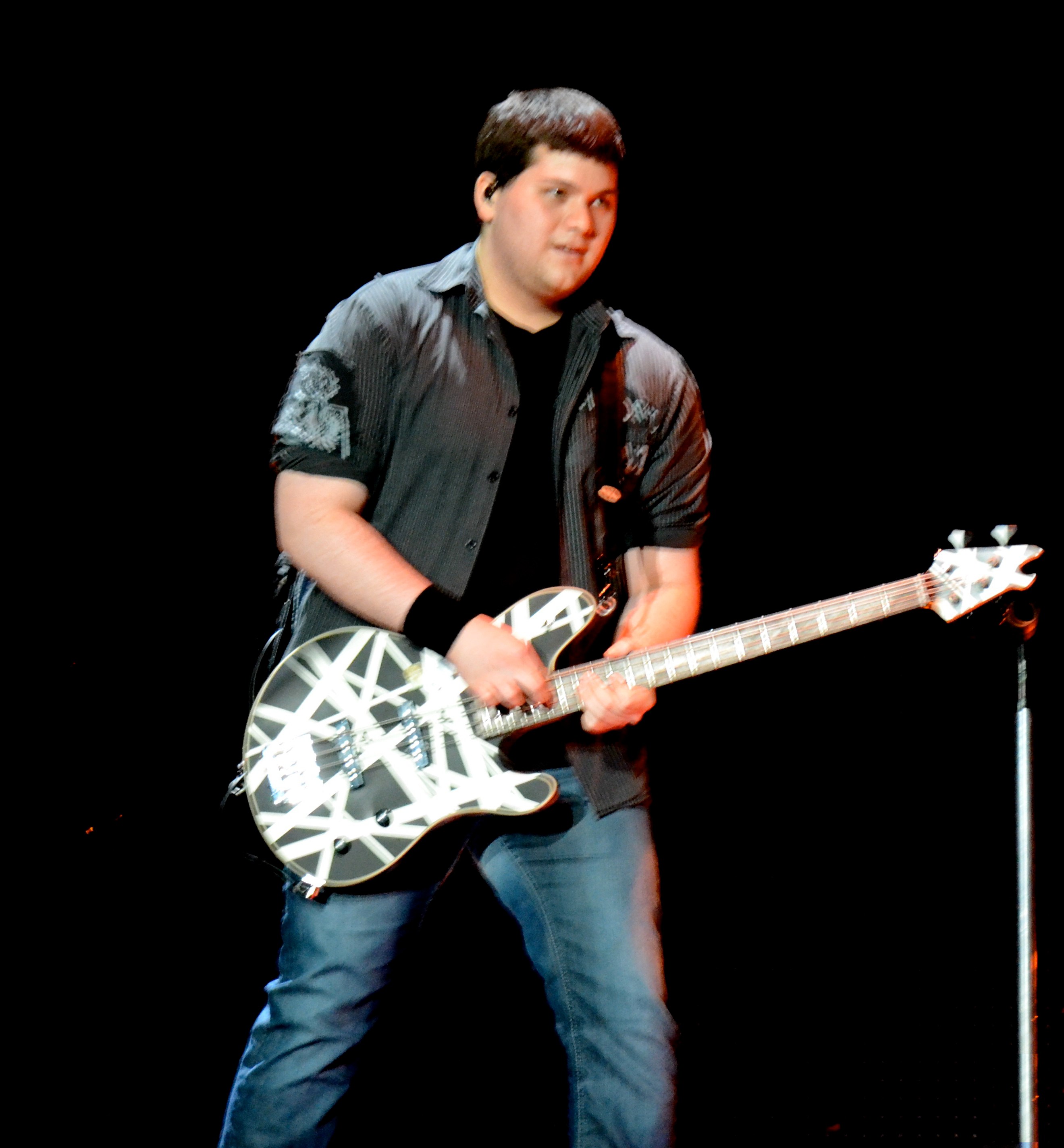