It comes as a strange irony that the album that followed Women and Children First was the least poppy, worst selling and most loved release after their debut by Van Halen in the early David Lee Roth days. A strange mixture of the three elements make this often overlooked and underrated as a complete piece of music.

Inner tensions in Van Halen led to the darker material on Fair Warning.

The first cut, “Mean Street” has a classic guitar intro by Eddie followed by harmonics, a dirty riff and David Lee Roth telling an interesting tale about a tough neighbourhood. All in all this one of the most underrated songs of the early Van Halen days, and is compelling listening.

“Dirty Movies” follows, a hilarious tale of sexed-up pornographic movies in the cinema. The mid-section breaks down with David Lee Roth asking, “You remember when that girl was prom gueen? Uh…wow…” and it proves to be a hilarious listen.

“Sinner’s Swing!” is a sort of grooved up party tune that is heavy, dark and, yes, sinful about picking up girls. It seems that singer Dave is in full-swing here in his admittedly strong presence at this point, with the rest of the band playing with full energy. A good listen.

“Hear About it Later” seems to suck some of the energy out of the record, although the chorus is catchy. Ted Templeton, the producer, would have been wary of songs like these on a Van Halen record, and considering that there were no singles from this record, he applied a totally different approach on Diver Down, although that would come later.

Both David Lee Roth and Eddie Van Halen fought for space on these songs, with generally good results. 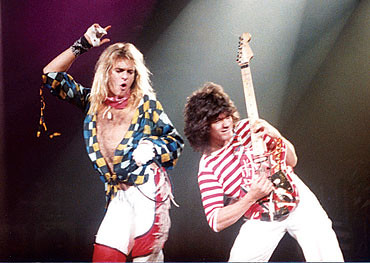 “Unchained” is the closest thing to a hit single off the album, with a catchy guitar riff and nonsensical lyrics about love life in the city. The band today still play this number live, which does it justice. A good tune.

“Push Comes to Shove” is another slow tune that seems to lack some punch, but makes up for musical quality instead. It has some interesting guitar playing from Ed, who at this point was really becoming a great guitarist, capable of showing the world how to play the instrument well.

“So This is Love?” is a cheerful singalong piece that seems to sound like a songtrack for lovemaking in the back of cars. Again, it goes from quiet to party loud with Dave doing an excellent job on his, by now, trademark punkish screams. Well done.

Indeed, Edward was fast becoming recognised as one of the world’s greatest living guitarists of the time.

An instrumental follows, “Sunday Afternoon in the Park” which is keyboard driven, perhaps excessively so, but has an interesting, darker melodic approach in its sound than most other Van Halen instrumentals, leading into “One Foot Out the Door”, which sounds a little like filler, but is almost proto Thrash metal in its speed.

So what did Fair Warning achieve after it was released? It became a fan favourite amongst those who listened to it. Yes, it neither achieved strong sales, critical recognition or airplay as much as other Van Halen albums out there but to this day, it sounds menacing, dark, gritty and unstoppable.

Van Halen were at this point, on an upward spiral. Nothing could stop them. 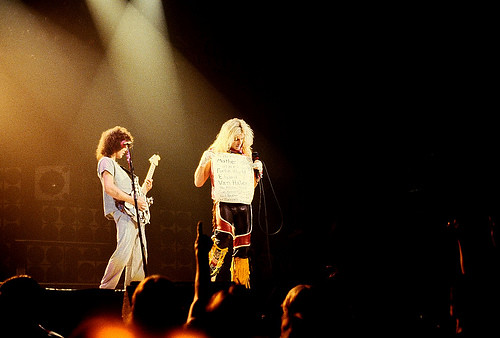